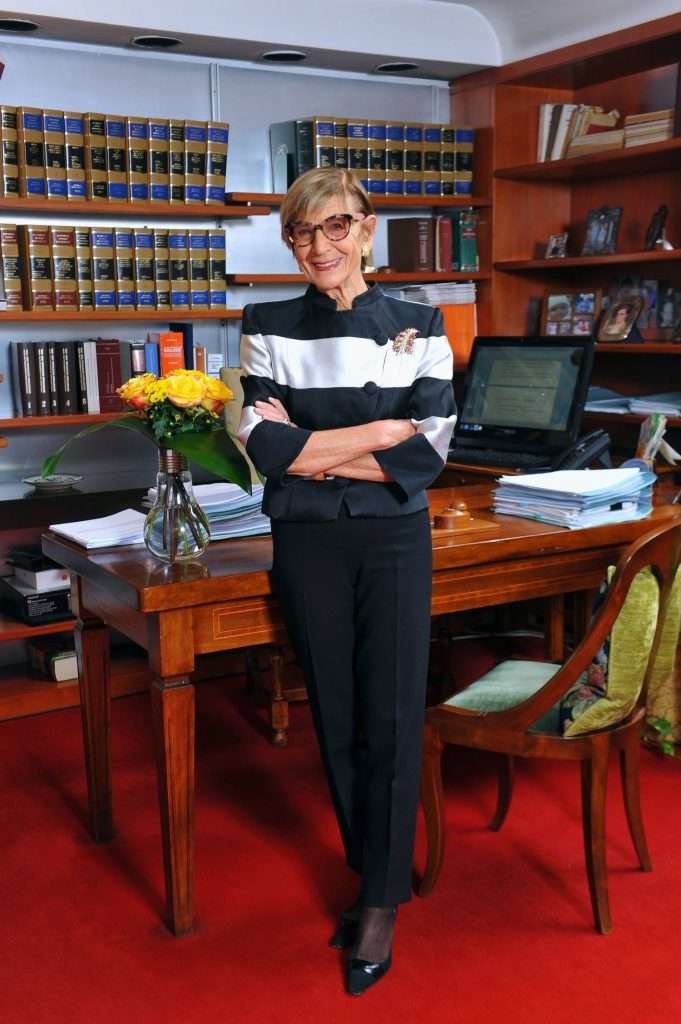 Isabella Beccaria graduated at the State University of Genoa (110/110) with a doctoral thesis in Civil Procedures with Professor Virgilio Andreoli future Vice-President of the Italian Constitutional Court.

After a period of study at the Roosevelt University, Chicago, U.S.A., and after having passed the Bar Examination in the District of the Court of Appeal of Genoa, Isabella Beccaria started her cooperation with the Law Firm of Yorick Spolidoro in Milan, prevalently dealing with Commercial, Corporate and International Law on behalf of primary multinational Groups based in the U.S.A. and in the United Kingdom, being appointed in many Italian Subsidiaries of such Groups member of the Committee of Statutory Auditors.

During this working experience, Isabella Beccaria closely followed the birth of the first organic labour legislation in the Italian System (Statuto dei Lavoratori), drafting the first English translation of such legislation, together with an introductive comment, which were presented at the American Chamber of Commerce of Milan.

In this period, Isabella Beccaria started to devote her professional attention to the Labour Law, a sector that was in its early stage of development in the Country, and to which she decided to devote her professional maturity, founding one of the first Italian Law Firm exclusively specialized in such matter. Over the last forty years, Isabella Beccaria followed on behalf of primary national and international Groups all the main aspects of the Labour Law, from the pioneering period of the seventies and eighties, up to the most recent period in which the Labour Law has reached its full maturity, becoming one of the most lively and interesting sector of the Italian legal system.

The Law Firm she founded has become the Law Firm of Beccaria e Capurro in 2002, and has extended its activity  in the field of Commercial Law, being now in condition to provide an integrated service of legal assistance for enterprises, capable to efficiently face issues concerning Labour Law, Commercial Law, Corporate Law, Industrial Law, Civil Litigation before Courts of Law and Arbitration Panels, as well as to provide legal consultancy services on a wide range of matters.

During her professional activity Isabella Beccaria has always demonstrated, besides from the extreme professional end ethical rigour, a great capacity to establish a fruitful dialogue with her clients gaining their trust and building relationships that last from decades.

Isabella Beccaria has been member of the Board of Directors of AGAM – Associazione Giovani Avvocati di Milano (the Association of young Lawyers of Milan) and AIGA – Associazione Internazionale Giovani Avvocati (International Association of young Lawyers), and has been in the Board of Directors of Rotary Nord-West in Milan, she is also recorded as an Official Chartered Accountant.